Attorney at Law and Managing Director

Mgr. Dušan Krošlák was born in Topoľčany. Dušan earned his university degree in Political Science in 2008 and in Law in 2010 at the Trnava University in Trnava. In addition to studying at the Faculty of Law, he worked as an assistant judge at the District Court in Pezinok from 2008 to 2010. Dušan completed the first half of his registered legal trainee practice in the law firm of JUDr. Ladislav Janč, where he specialised primarily in commercial and civil law, and the other half in the law firm of JUDr. Anna Niku, where he mainly focused on family law. Dušan passed the bar exams in 2014, and in 2015 he became a partner in the law firm LD Legal, s.r.o..

As part of his practice, Dušan primarily advises on commercial law, including drafting contractual documentation and representing clients in litigation matters related to enforcing trade receivables, and he also deals with marital property matters and real estate law. 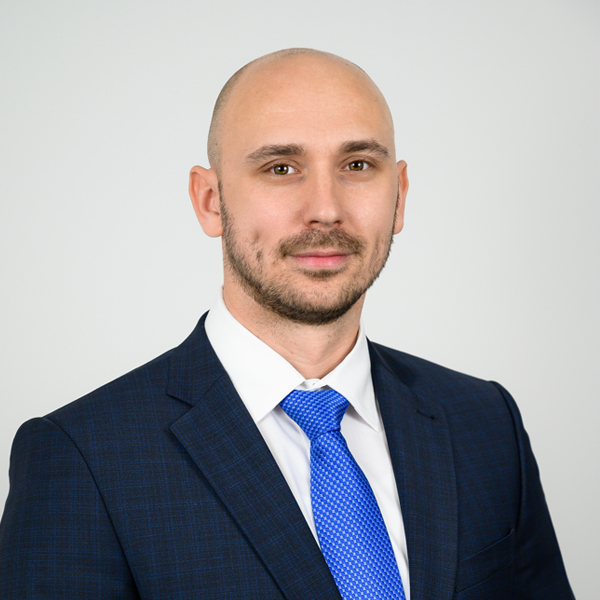 Attorney at Law and Managing Director

JUDr. Lucia Krošláková was born in Banská Bystrica, where she also earned her degree in Law at Matej Bel University in 2011. Already as a student and subsequently as a registered legal trainee Lucia worked in the law firm BOĽOŠ Advokátska kancelária s.r.o. (2006-2014), where she specialised primarily in insolvency law. She passed the bar exams in 2014, and in the same year she also founded the law firm LD Legal, s.r.o..

In her practice, Lucia advises mainly on commercial law, insolvency law, sports law, and real estate law. She also focuses significantly on the issue of the Register of Public Sector Partners and has been dealing with entries in this register since its very establishment.

As a former basketball player and basketball referee, Lucia also deals extensively with sports law and the issue of sports associations in Slovakia.